Coffe and its importance in the life of an athlete

Every morning, millions of people start their day with a cup of coffee. It is one of the most popular drinks on the globe. By the way, this is one of the drinks around which many myths circulate. Repeatedly wrongly accused coffee, consumed in the right amount can bring many health benefits also in the diet of professional athletes.

Coffee in the dock 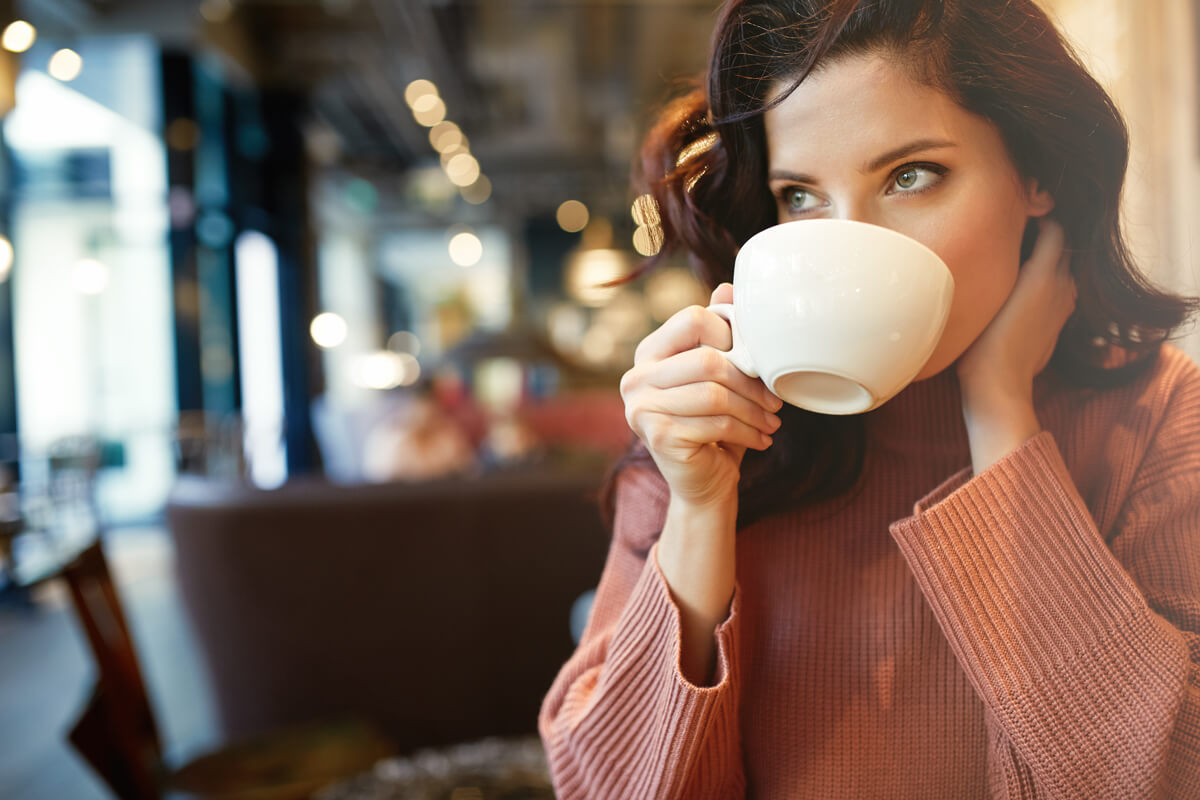 • Does coffee wash out magnesium from our body?

Does it happen to you that when you feel like a demitasse in the morning, a wave of remorse floods you, because the coffee is washing out the magnesium. It turns out that we live in error, and the bad reputation of coffee is not necessarily well-deserved. Caffeine actually leaches magnesium and calcium. According to the study, drinking 300 mg of caffeine, or about 3 cups of strong coffee, will lead to the loss of about 4 milligrams of magnesium and 1 milligram of calcium. What is more important, however, is that coffee consists not only of caffeine but also, inter alia, magnesium. In one cup of espresso you will find a minimum of 24 mg of magnesium, so if you drink 3 cups of coffee daily - we deliver as much as 72 milligrams of magnesium. One of the most frequently mentioned sources of magnesium is bitter chocolate. For comparison, to provide 72 mg of magnesium, we would have to eat up to half a tablet. Caffeine, on the other hand, would wash out the amount of magnesium equal to 4 mg. In other words, with each cup of coffee consumed, we deliver at least 22 mg of magnesium to the body, even after considering the negative effects of caffeine. It is true that these are not staggering amounts, but an adult man needs about 360 mg of magnesium per day. So, 3 cups of coffee are about 20% of the daily magnesium requirement. And if we add a teaspoon of milk to the coffee, then in the balance, also with calcium, we will get a plus.

Let's not forget about the dehydration of the body. It has been assumed that drinking coffee will undoubtedly lead to the loss of large amounts of water.

The caffeine contained in coffee has a diuretic effect, so the stronger coffee, the more water we lose, at least theories preach. It turns out that this is not true. According to research, the tolerance to caffeine diuretic increases in people who regularly drink coffee. So, if we drink coffee 2-3 times a week, it does not cause more intense urination than drinking the same amount of water.

It turns out in the case of the average coffee lover, it does not dehydrate or wash out magnesium. This does not mean that we can drink coffee without restrictions. Caffeine stimulates the body, so you must not exceed 3-4 cups a day.

What apart from caffeine can we find in the cup of espresso? 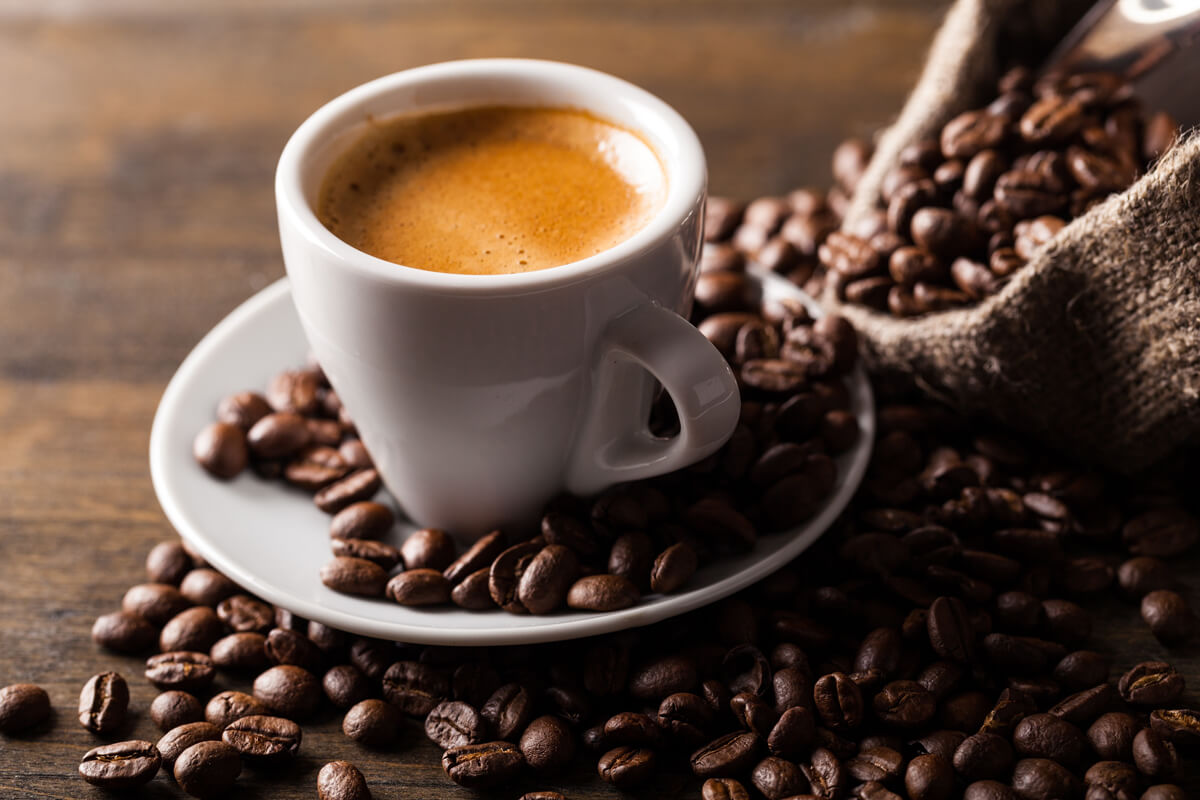 Coffee, in addition to caffeine, also contains other beneficial substances. It is accompanied by over a thousand active compounds. These are mainly polyphenols, substances called antioxidants that delay the body's aging process. Chlorogenic acid was the best studied in this group. This compound has an anti-inflammatory effect, helps regulate the level of sugar and lipids in the blood. However, it should be remembered that the polyphenols contained in coffee can bind non-heat iron and inhibit its absorption. So, if you suffer from anemia, it is worth avoiding coffee consumption during and immediately after meals. In addition, coffee is a good source of vitamins from group B. Coffee is also rich in antioxidants, fighting free radicals (responsible for the process of cell destruction), as well as flavonoids. We know from many studies that caffeine improves mood, reaction time, memory and general cognitive functions. "Coffee drinks" are, among others, less exposed to the onset of Type II diabetes, Parkinson's disease, Alzheimer's disease and depression. Caffeine increases the frequency of heart contractions, as well as doubles the level of catecholamines, also leads to an increase in the concentration of lactic acid in the blood and the level of free fatty acids in the blood. Its subsequent functions include activity in the central nervous system, where it increases the secretion of neurotransmitters, such as: dopamine, noradrenaline, adrenaline, acetylcholine, and serotonin. In addition, it increases the secretion of gastric acid and intensifies the processes of glycogenolysis and lipolysis. Caffeine used by athletes also brings many benefits. It is mainly used in endurance sports, team sports and high intensity sports. The dose is an individual matter. However, most studies conducted show that the improvement of sports results occurs at a dose of 3-6 mg per kilogram of body weight. For physically active people, it is also important to stimulate the potential of coffee. A cup drunk before training can be a great way not only to improve your exercise capacity, but also to accelerate the metabolic rate and increase the rate of fat burning. Coffee is characterized by thermogenic properties, so it is perfect for people who are slimming and working on the aesthetics of the figure.

Who does not serve coffee?

The influence of coffee on our body depends on our genes, because each of us reacts differently to coffee. In the DNA we have stored what type of CYP1A2 enzyme we have (one of the cytochrome P450 isoenzymes) - it can be fast or slow. Caffeine, after being ingested in 95%, is degraded by the enzyme into a form in which it can be removed. If this enzyme is fast, every time a person drinks something with caffeine, it is quickly eliminated from the bloodstream. Caffeine does not circulate for too long in a high concentration in the body of such a person, and therefore the strength of its action is smaller. This person, even after drinking a larger dose of coffee, probably will not feel any unpleasant effects like agitation, irritability or nervousness. In addition, systematic consumption of caffeine develops tolerance to these substances. The opposite is true for a person with free CYP1A2 enzymes. Such a person should limit consumption of beverages with caffeine, as he is exposed to insomnia, headaches and irritability. Now you know why some people react very violently to coffee, and others may fall asleep on it like an infant. In addition, caffeine restriction is often recommended for people with arrhythmias. 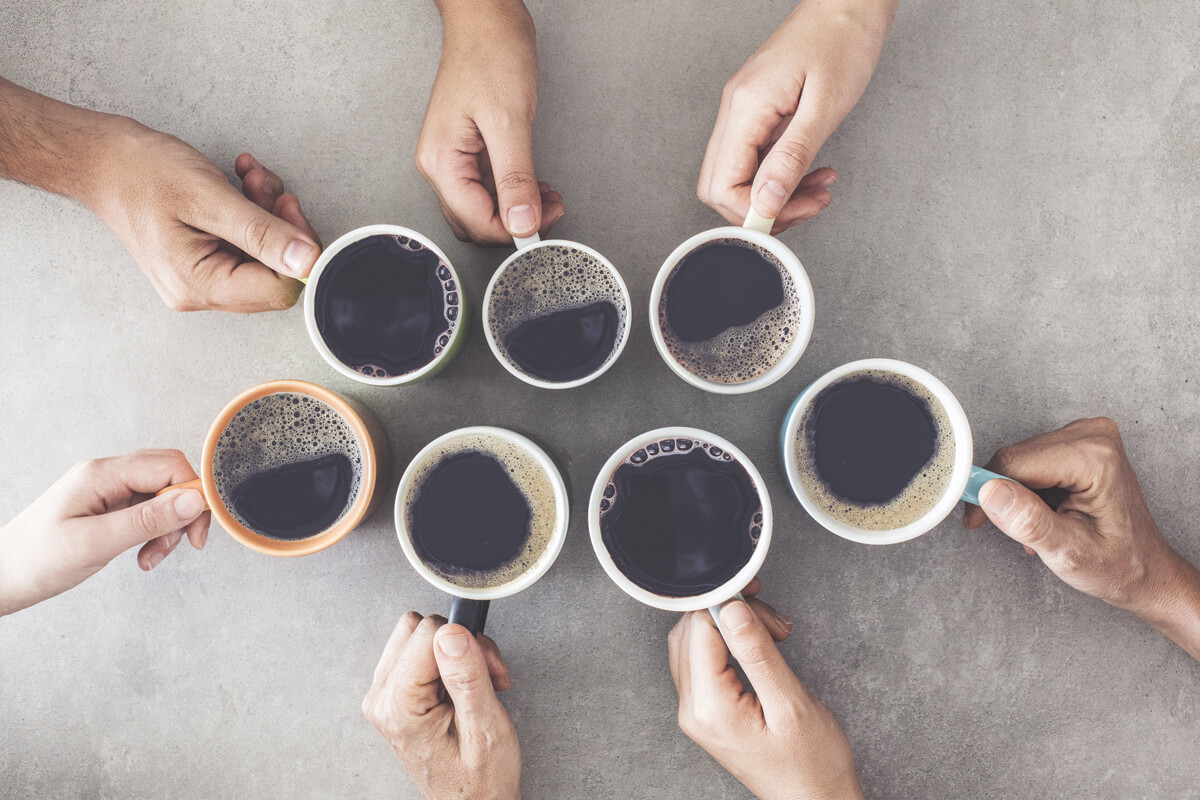 In the light of available scientific evidence, coffee does not have a negative impact. It is completely different with energy drinks overloaded with sugar accompanying caffeine. Caffeine overdose brings with its unpleasant consequences such as: strong psychomotor agitation, increased heart rate, nausea. The fatal dose of caffeine for human oral administration is about 150 mg per kilogram of body weight.

Coffee for a long period was considered an unhealthy drink, but research of the last decade has allowed to discover many beneficial aspects related to the location of the coffee in our menu. This drink, which is a rich source of antioxidant and anti-inflammatory substances, will have a great effect on your health and will improve your sports skills.